A Josh Allen fan was roughed up badly outside of the Bills vs. Dolphins game on Sunday — taking a foot straight to the face … before he was kicked and punched repeatedly.

The incident all went down at Hard Rock Stadium in Miami at some point in the midst of Buffalo’s 21-19 loss to the ‘Fins.

It’s not clear what caused the melee, but footage shows that two Bills fans and a couple of Dolphins fans got into the act. The worst part was the Buffalo tandem.

As you can see, both Bills fans were thrown on the ground. The man in the Allen jersey tried to get up but was kicked in his teeth. The other Buffalo fan was also jumped on.

Another person in an Allen jersey attempted to break things up — but as the Buffalo fan was down — a man in a Tua Tagovailoa jersey punched him in the head. Another shirtless man jumped in and kicked him several times. 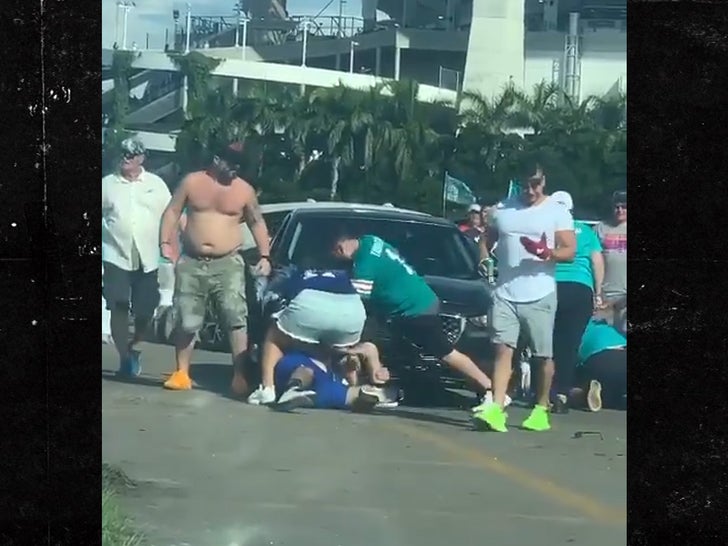 We have not heard back from the cops yet. We’ve tried to reach out to them about the situation, but they have not responded.