A top Qatari official just made a shocking admission … estimating between 400 to 500 migrant workers died while working on projects tied to the FIFA World Cup, significantly higher than previous official figures indicated.

Hassan Al-Thawadi — chief of the iconic soccer event — disclosed the amount during an interview with Piers Morgan on TalkTV Monday … saying hundreds of migrant workers died as a consequence of World Cup labor.

“Between 400 and 500,” Al-Thawadi told the British reporter in a response that appeared off the cuff, adding, “I don’t have the exact number. That’s something being discussed. “ 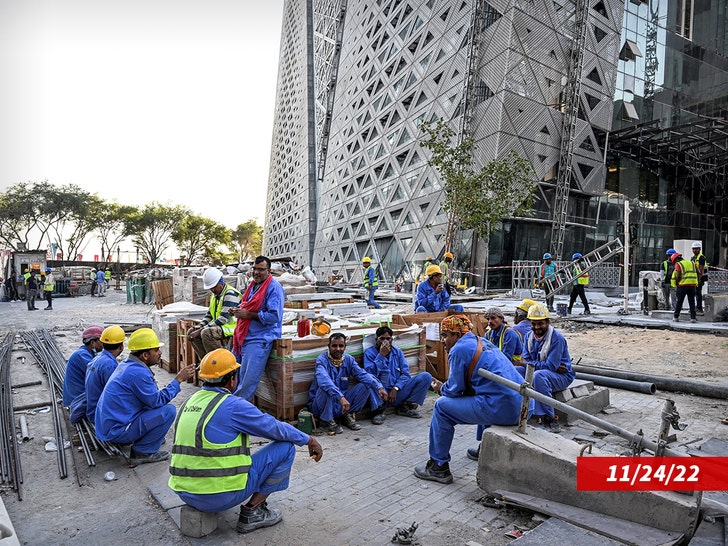 Prior to Al-Thawadi’s interview, the death toll was said to be around 40 … with a large majority of those coming being non-work related deaths (think sickness instead of worksite accident).

It is possible that Qatar is not yet being forthcoming with true statistics. Other reports indicate that thousands of workers died in W.C. prep. According to reports, the conditions in which foreign-born workers worked were also terrible.

Despite admitting to the hundreds of deaths, Al-Thawadi claims the health and safety standards have improved since they won the bid to host in 2010.

” I believe overall that labor reform is necessary. “

” This was something that was acknowledged before we bid. The World Cup has not made any of these improvements possible. These are improvements that we knew that we had to do because of our own values”

This World Cup is considered the most expensive ever at an estimated $200 billion (for new stadiums, metro lines and infrastructure) and is the first to be held in the Arab world.