Tekashi69
On The Hook For Serious $$$
… In Fashion Nova Lawsuit 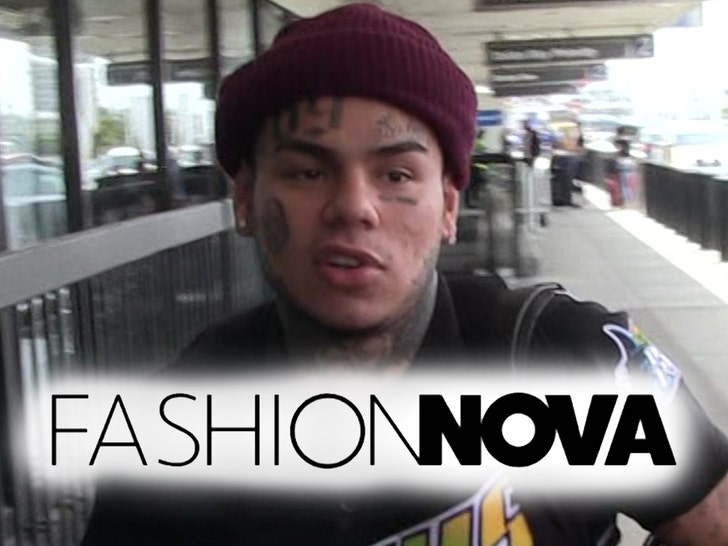 Tekashi69 is being forced to cough up some serious dough to Fashion Nova, according to a judgment in the company’s 2020 suit … and his bill could skyrocket if the other defendants don’t pony up the cash.

Legal docs, obtained by TMZ, show Tekashi agreed to a judgment against him in the amount of $350K, after Fashion Nova alleged he and others walked away with their cash in 2018.

Tekashi agreed he alone is responsible for paying off around $39K of the total.

However, he could wind up paying WAY more … because if the other defendants — such as booking and entertainment companies — don’t cough up any of the remaining $311K, Tekashi will remain on the hook to satisfy the full judgment.

Tekashi puts it simply, telling TMZ … “That’s hilarious,” laughing at the amount of money he could owe. Unclear why he finds the situation funny … seems like a big chunk of change.

As we reported, the clothing co. paid Tekashi an advance of $225K for brand promotion in 2018 — he got locked up 2 weeks later … making him unable to perform his duties.

FN claimed he promised to return the cash, but never did.